Red Ball 4: Blast From The Past Gets an Upgrade

Are you familiar with that cute red ball that has touched our screens for some time already? Yes, that particular ball has the “balls” to save the world from the evil minions! Red Ball 4 is a fun and addicting game that can easily be downloaded to your PC or mobile device. It is governed by the laws of physics but that doesn’t mean you have to be a whiz to play it! The ultimate goal is very straightforward – move forward, hit those evil minions, and avoid obstacles.

This game may seem easy and not much going on as you start. But did you know that in Red Ball 4, there are 75 levels to finish? Yes. It is that many! And the first few levels are already a bit challenging. Each level comes with different obstacles and square enemies that you have to watch out for. You can bounce on these minions and move forward to get to the other side. There will be some objects in which you can use to jump on or roll so that you can get past an obstacle. Mind you, the first try is not always perfect. So you have to think a lot before moving anything or else you restart that level again. As you roll along, you will also encounter some stars which are needed for the game. Don’t forget to collect these and reap those rewards in the end.

It’s all about Physics

Say what? Physics? Well, it’s not that you need to be a science expert to play the game. There are a lot of movements in which you need to calculate to be successful. Like in rolling or bouncing to go from point A to point B. If you don’t exert much power, you will fall and start all over again. Since you are playing as the red ball, movement is very limited. You can’t run or do whatever but only roll and bounce. Even though the movement is limited, Red Ball 4 is still so much fun. Most especially when you complete a level.

Red Ball 4 is famous for its music and spectacular graphics. The opening song is very unique in that a person would know you are playing the game. These elements add on to the fun and excitement when playing Red Ball 4.Colors are not too flashy or bright, everything just seems perfect for the entire picture. It does not need to be 3D so it’s plain design works best with the soundtrack The music too is properly thought of so it does not come out as annoying or something.

Red Ball 4 is an arcade game described as well thought of and solidly constructed. The numerous spatial puzzles keep the mind thinking and a good game to play while you are having a long wait or simply during a family get together. If you want to roll with it, download Red Ball 4 today on your PC or mobile!

Previous Beach Buggy Racing: An Exciting Kart Racing Game for Free
Next My Talking Tom 2: Free Pet That You Can Visit Anytime Anywhere 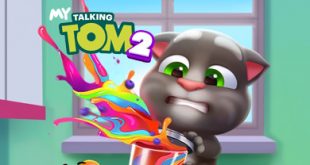 My Talking Tom 2: Free Pet That You Can Visit Anytime Anywhere 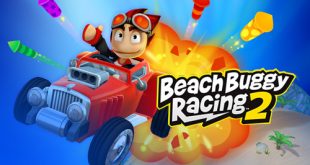 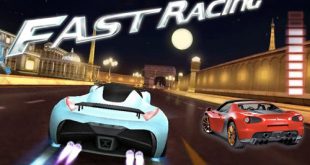 Racing 3D: Pedal to The Metal in Fantastic Arcade Racing

Glow Hockey: Relive the Glory Days of the Arcade